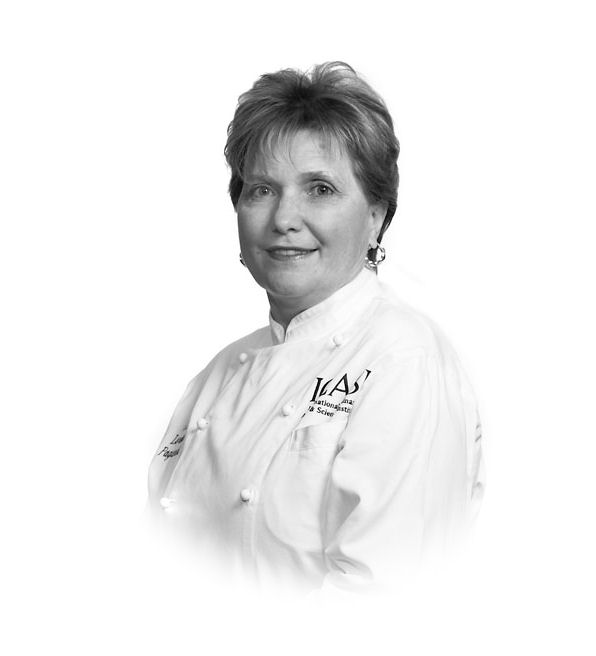 Loretta Paganini was born in Bologna, Italy. She learned her culinary skills in the family “Pasticceria” from her mother, Tilde Galentini, a renowned chef and television personality in Italy. Chef Paganini studied with famous chefs such as Giuliano Bugialli, Fulvia Sesani, the Simili sisters, Lorenza de Medici and France Perriz. Chef Paganini continued her culinary education at the Cordon Bleu in Paris, France and became more involved in educating other culinary students. She assisted many culinary personalities such as Martin Yan, Steven Raichlen, David Rosengarten, James Peterson, Elaine Gonzales and Anna Teresa Callen. Chef Paganini is certified by the International Association of Culinary Professionals and maintains membership in the IACP and the American Culinary Federation. She is founder of the Tri State Association of Cooking Schools. In 1989 Chef Paganini opened The Loretta Paganini School of Cooking (LPSC) in Chesterland, Ohio, bringing culinary education to hundreds of recreational students. LPSC continues to educate and has articulation agreements with both Ursuline College Accelerated Program and the Hospitality Program at Kent State University. Chef Paganini then introduced the International Culinary Arts and Science Institute (ICASI) and in 2002 the school was approved as the first privately owned professional culinary school in the state by the Ohio Board of Proprietary Schools. ICASI grew and in 2004 the purchase of 12 ½ acres of land gave way to a 12,000 square foot facility housing five professional kitchens, commissary kitchen, lecture hall and library. In the fall of 2005 ICASI opened its new doors to 100 students and a staff of 30 including 15 chef instructors. In 2006 it’s own student run café was awarded “The Best of Award” by Cleveland’s own Scene Magazine and in November of 2007 the school opened “Sapore” a fine dinning restaurant located at 8623 Mayfield Road, Chesterland, OH. Chef Loretta Paganinis’ vision to bring culinary education to students is brought to fruition as the ICASI continues to grow.

© 2022 ICASI is registered with the State of Ohio Board of Career Colleges and Schools OBCCS 1652T, ACCET 1494
A Quez Media Design