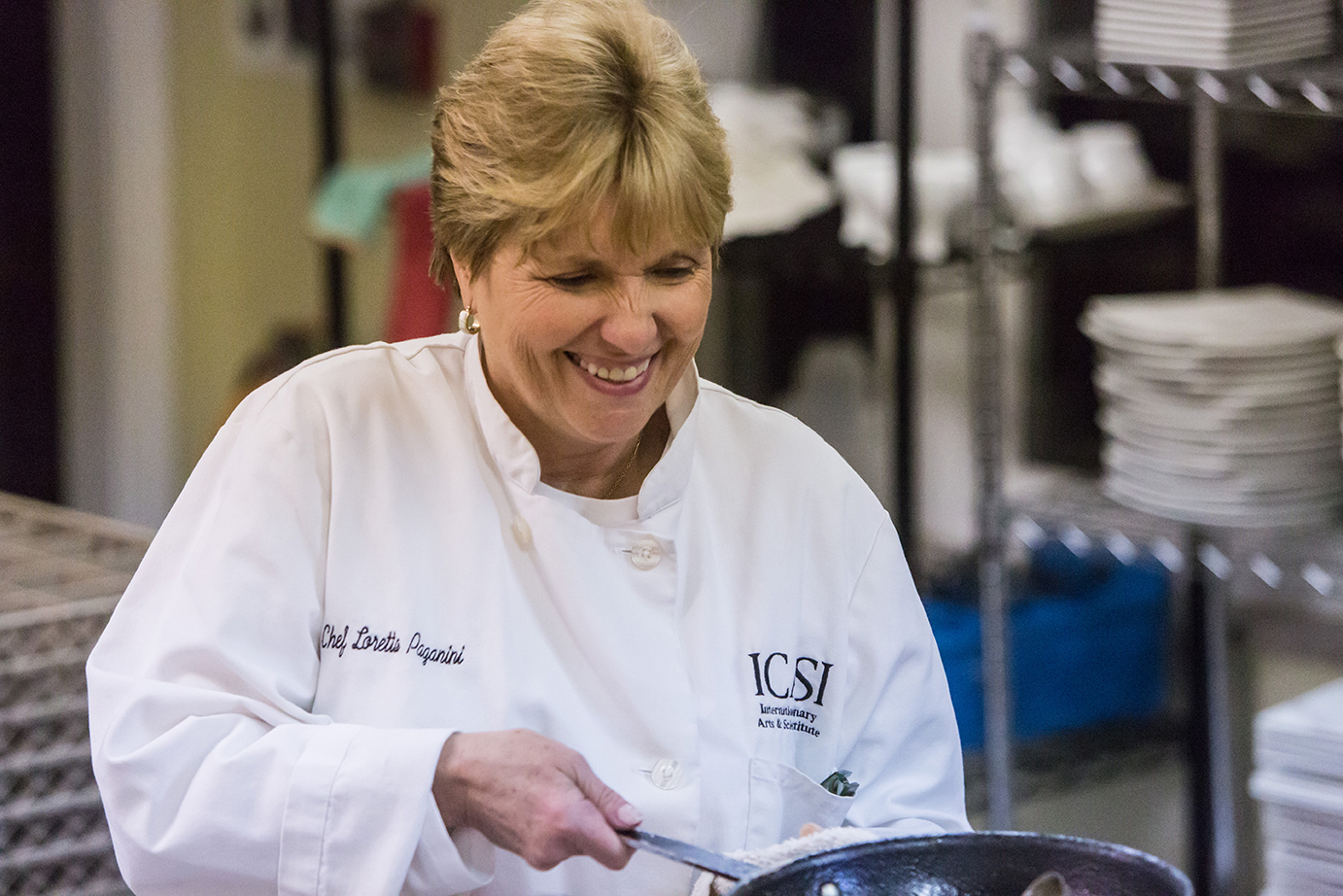 ICASI founder Loretta Paganini began her culinary career in the family pasticceria owned by her mother, a renowned chef in Bologna, Italy. Loretta later studied culinary arts in Bologna under the Simili Sisters and at the Cordon Bleu in Paris, France. In 1989 she opened The Loretta Paganini School of Cooking in Chesterland, Ohio. Certified by the International Association of Culinary Professionals, she published her first cookbook, Bologna Mia in 1999.

The Loretta Paganini School of Cooking (LPSC) has brought recreational culinary education to thousands of students since its inception. Due to growing interest from LPSC students for more advanced vocational culinary training and an increase in demand for qualified candidates for the Northeast Ohio foodservice industry, Loretta Paganini founded ICASI, the International Culinary Arts and Sciences Institute. ICASI continues the LPSC tradition of excellence. ICASI is registered with the State of Ohio Board of Career Colleges and School.  And Nationally Accreditted through ACCET.

The mission of the International Culinary Arts and Sciences Institute is:

All ICASI programs are designed with consideration of the needs of the adult learner. Various scheduling options allow working students to enroll in Culinary Arts and Pastry Arts programs while employed elsewhere.

Download our student catalog
© 2023 ICASI is registered with the State of Ohio Board of Career Colleges and Schools OBCCS 1652T, ACCET 1494
A Quez Media Design